ChordBank | ChordBank has helped millions of guitarists play better since 2010.

Sometimes the Barre Gets You

Barre chords can be tricky: they take a lot of finger strength to sound good, and it takes a lot of practice to get that strength.

All of the chords we’ve learned together so far have been open chords.

This means that you put your fingers on some of the strings, and others you leave open—you let them ring.

The first shape we’ll learn is the "E" shape. It comes from the E chord, which you already learned:

Barre chords let you use this same shape, and move it up, to play higher.

Imagine you moved your fingers up one fret, like this:

What do you think would happen?

Remember: when you play an E chord, you play all of the strings: 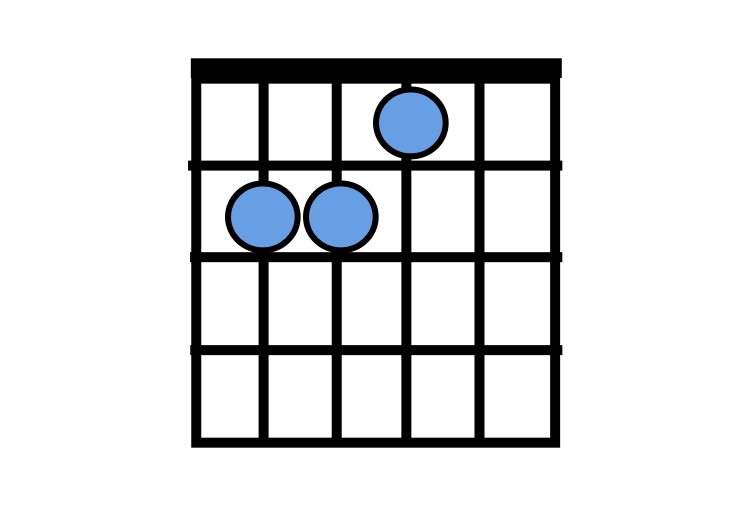 But when we moved our fingers up, we only raised the pitch of some of those strings: 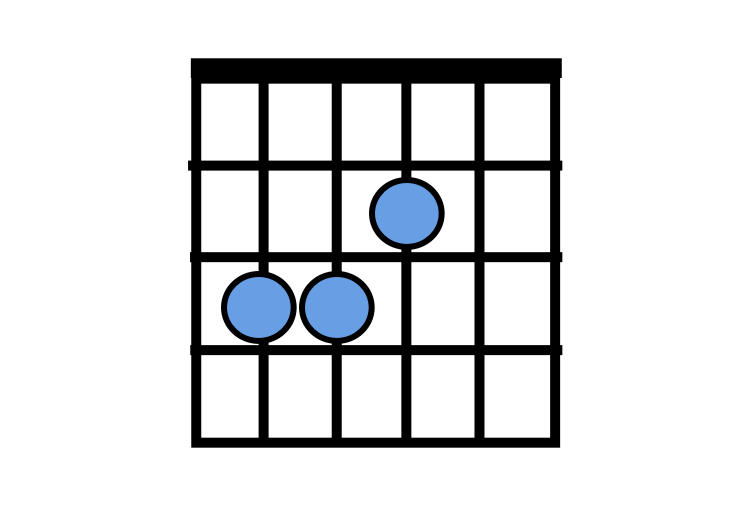 We only changed the pitch of the strings where we had our fingers.

We missed the "open" strings:

And so, when we play them all together, it sounds like this:

Not quite what we wanted, is it?

That’s where the barre comes in.

Let’s start back at the beginning, before we put any fingers down. Here’s your fretboard:

Imagine we wanted to make all of these sound higher. What would you do?

Simple. We use our finger:

Place your finger all the way across the strings, and push down, hard. 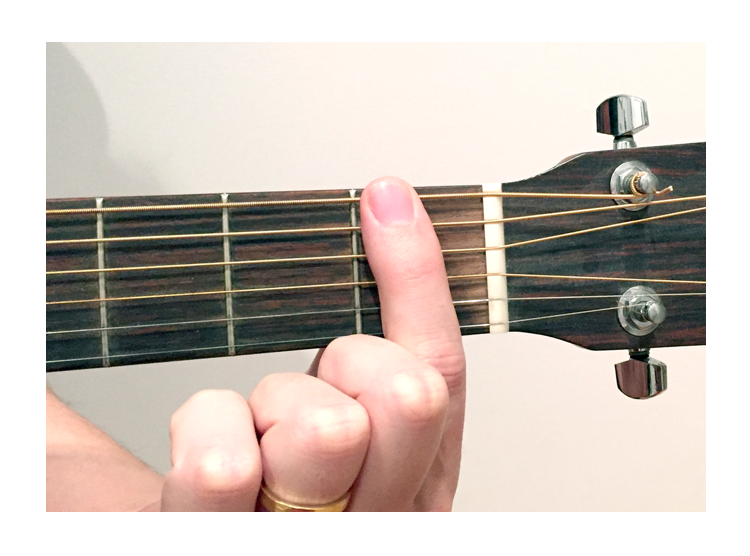 This is tricky—it will take time to get it right. Focus on playing all of the strings, and getting a nice, clean sound.

Let’s say we want to move all of those notes UP by one half tone, to F.

Let’s start with an empty fretboard:

And we’ll make a barre with our first finger. We’ll move everything up:

Now, we just need to make our E shape on top of that:

It is a big deal.

Because, for the first time, we’ve got a chord shape we can play ANYWHERE.

You just took the shape that you learned all the way back in the beginner lessons, and you used it to play a completely different chord: F.

Now, I have a quiz for you.

Using what you know about barre chords, can you think about how you might play that chord?

Did you get it?

And so, what about F♯? All you have to do is slide on up the fretboard:

You move the exact same shape you learned to play the F. And just move it up one fret.

But you can also keep moving your E shape up the neck. Try playing it this way: 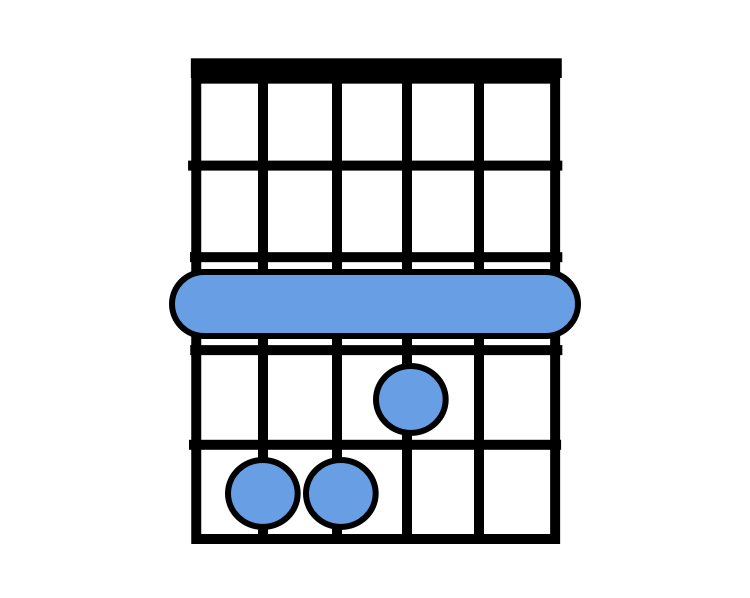 And it doesn’t have to stop there. You can keep

This high up, it’s useful to add some "fret numbers" to make diagrams easier to read: 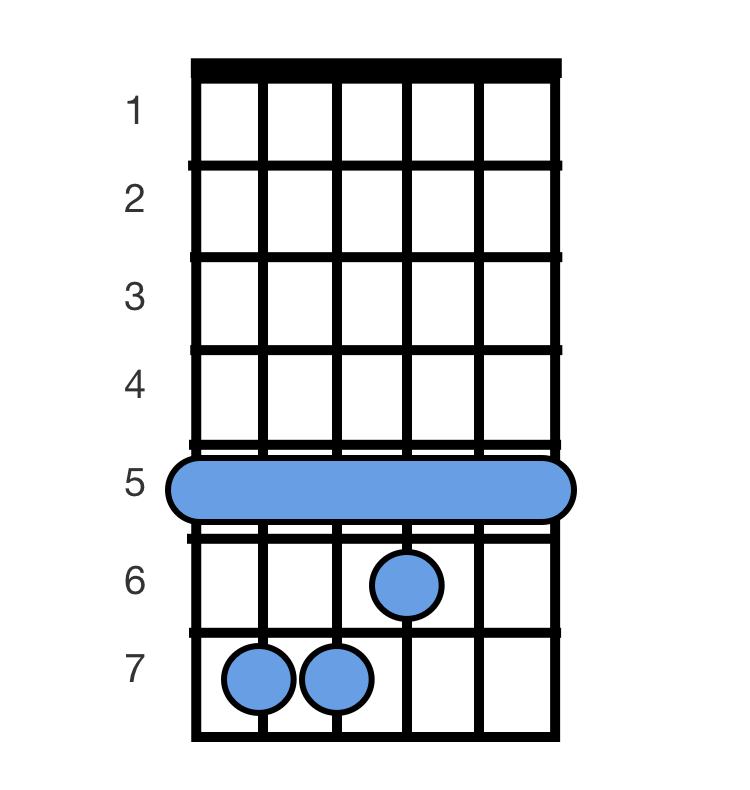 In practice, most diagrams will show only the frets you’re using, and indicate only the starting fret: 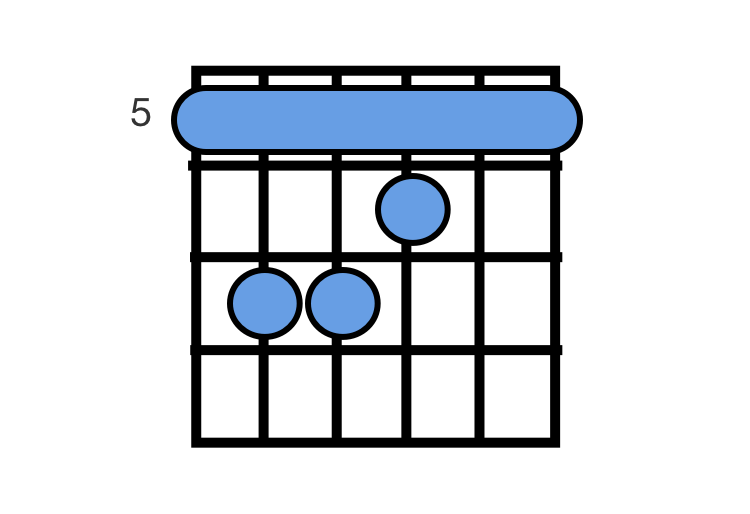 And so, with one simple chord shape, we’ve learned to play E: 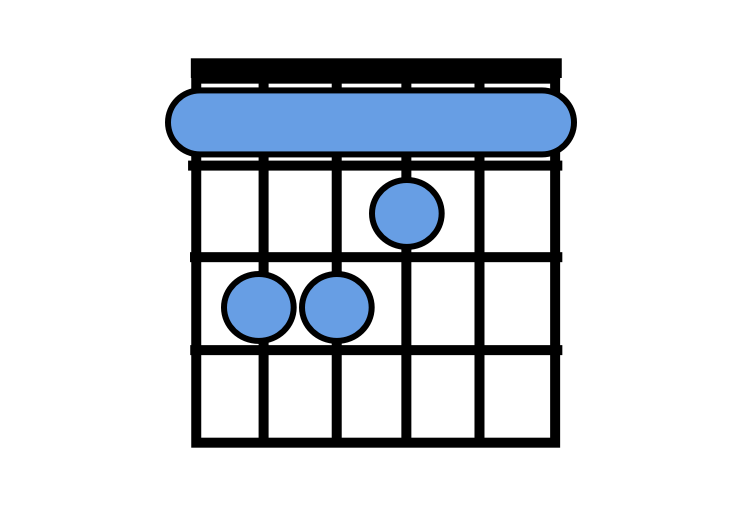 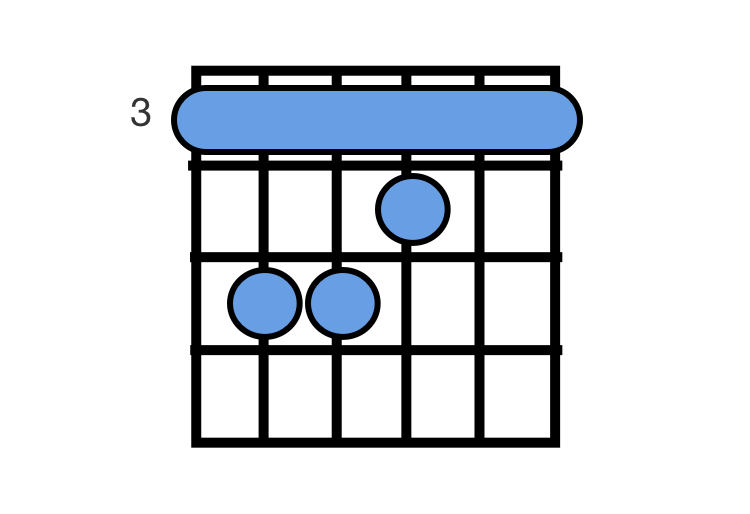 You learned what a barre chord is, how to move the same shape up and down the fretboard, and how diagrams show you what fret to start playing at.

Keep up the good work, and don’t forget to practice!